This page is the brochure for your selected program. You can view the provided information for this program on this page and click on the available buttons for additional options.


There are currently no active application cycles for this program.
Fact Sheet:
Program Description:

The University of Viña del Mar is a private institution of high education with more than 6.700 students. Accredited since 2008, it has a long tradition of 21 years of distinguished education. The university is one the most important private universities in the country. Its headquarters is located in Viña del Mar, the main touristic city of the country. The University has a modern campus located in the upper area of the city. The campus lies on 20 hectares of land and has state-of-the-art technology and infrastructure.

International students have the opportunity to take courses for one or more semesters at the UVM schools with Chilean students, or in short-term programs. Courses and degrees are transferred to other universities around the world. Overall, the University of Viña del Mar has had an excellent reputation within the South American academic community for more than 20 years. Foreign students earn college credits upon completing the program and have the transcript sent to their home school. The 10 schools of the Universidad Viña del Mar offer a wide variety of careers to international students: Architecture, Arts and Design, Social Sciences, Agricultural Sciences, Health Sciences, Communications, Education, Engineering, Business and Law. There is also a Spanish Center with 8 years of experience teaching international students in order to master their Spanish skills. Besides UVM has a variety of programs for foreign students such as International Programs of Double Degree; Thematic tailored programs for International Universities: Human Rights, Travel Literature, Public Health, Environment, Chilean and Latin American Film, Business, Earthquakes & Tsunamis; and International Volunteer Programs in Chile.

Viña del Mar and Valparaíso are two sister cities that jointly offer the greatest university experience. They have the largest number of universities and students in Chile, what makes it an attractive center for educational and business institutions. Viña del Mar is located in the central area of the country at the foot of the Andes Mountains and its coasts are bathed by the Pacific Ocean. Its diverse geography, wonderful nature and fertile valley bring several benefits in terms of connectivity (Santiago, International Airport, Mendoza in Argentina) and recreational and sport activities, food and culture.

Viña del Mar is an ideal city for having activities outside the campus. Students will live a couple of minutes away from the beach and 2 hours away from ski centers. Every weekend, there is something interesting to do. Extracurricular activities include sports and recreational activities (soccer, basketball, tennis, etc.); cueca classes (Chilean national dance); local sightseeing and excursions to places like Isla Negra (one of Pablo Neruda's houses) and the cities of Valparaiso and Santiago, the National Congress building; horseback riding; wine tours, picnics and zip lining in a National Park; paintball; photo contests; talent shows; Chilean movie club; and any other activity that may come up.

Chile is located in South America. Its bordering countries are Peru and Bolivia in the North and Argentina to the East. Its natural borders are the Pacific Ocean to the West and the Magellan Strait to the South. Chilean geography is best known for its variety of climates and sceneries. Arid desert, fields of fruits and beautiful beaches, volcanoes, lakes, world's second largest rainforest, plus fjords and canals, pampas and glaciers. Well known Easter Island is off the coast. The deserts in the North, the central valleys, and the Lakes Regions in the South make Chile an ideal place for vacation and adventure. Throughout the years, Chile has become a politically stable country with a growing economy which, in turn, makes it a safe and perfect place to immerse oneself in the culture. Chile's population is about 16 million. Official language is Spanish, and its currency is the Chilean peso. Overall, it is a "mestizo" country, of mixed European and indigenous extraction.

Viña del Mar, known as "The Garden City" was founded in 1874. It is considered as the capital of Chilean tourism, for it is the most important resort area in Chile along the Pacific shoreline. Viña del Mar is part of the Valparaiso Region and it is located next to the Capital City of Santiago, as well as links with sister-city Valparaiso with is the main seaport and seat of Parliament. The climate is similar to San Francisco in the US, Blue Coast in the Mediterranean Sea, Cape Town in South Africa, and Perth, Australia. Average summer temperature (December – March) is 68 degrees (F), and in winter, -59 degrees (F). The crime rate is very low in Viña del Mar, and staff there advises students about it.

Chilean Spanish has its own characteristics. You will notice that in general Chileans speak fast and not really clear. However, you will get used to it, so don't worry. They commonly do not pronounce the "s" on ends of words. Chilean Spanish has some words for things that are different than Standard Spanish. You may hear the second person singular pronounces as "ai" rather than "as". For example, "¿Como estai" rather than "¿Cómo estás?" It may sound strange at first, but it's part of the beauty of the language.

The program offers housing with Chilean families which have experience hosting international students. This includes a comfortable individual room, 3 meals per day, laundry and internet. Host families are chosen based on a housing questionnaire completed by the students.

The program includes airport pick-up transportation to Viña del Mar and an Orientation is organized for an appropriate development of the program and immersion in the Chilean culture and in the city. 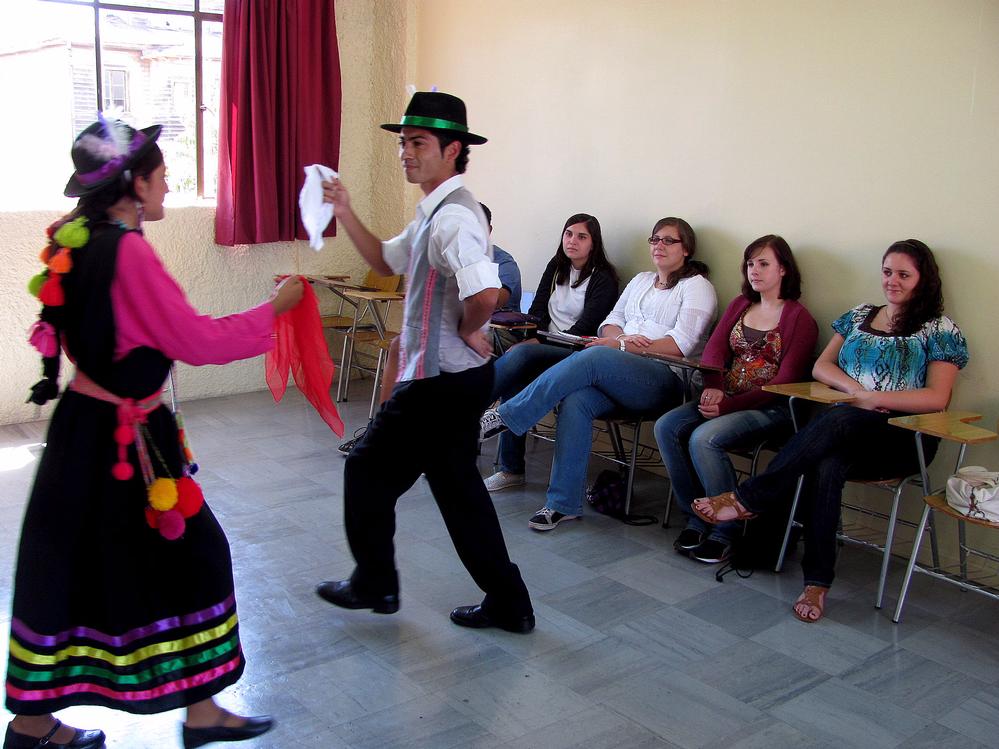 Budget Sheet for the Summer 2020 Program

The actual amount that you will spend depends heavily on your style of living, and will vary with each individual's personal spending habits, entertainment preferences and travel choices.

*The SUNY International Health Insurance is mandatory and will be included on the student's Brockport invoice.
**Varies depending on the SUNY campus at which the participant pays tuition.


Important note: Please do not book your travel arrangements until you have received the official Travel Memo from your program advisor.